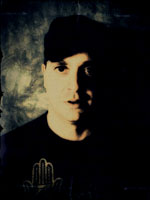 Until setting up Blackbreaks, Kerry was best known for his cutting chops in MM9 and Switchkicker, a stint with the bombastic Mz Ann Thropik, and an earlier, stellar career in Newtown based stoner-rock-played-really-fast band The Hippycrits.

Despite living in Australia most of the time,  Kerry is still a little bit American. He has a penchant for buffalo wings and incongruous blues solos. He really doesn’t like left-overs left over his floor. So work it out people.

Kerry plays guitar, and programs bleeps, and does ideas and production heavy lifting. 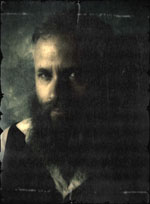 Chris used to busk for food in Melbourne’s Bourke st mall. He then sang and played in bands such as The Prostitutes, Soulscraper, and iNsuRge, where he learnt to blend his proudly progressive politics with a sharp edged poetic flow. Or something.

Just like Elvis going to the army, (actually not really like this at all) Chris next went to law school, became a furniture removalist, and dabbled in speech writing and drafting bills. He then threw it all away to come join Blackbreaks. Welcome back. 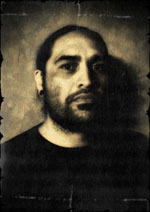 Matty is the new secret weapon, of proud Cook Island heritage, this is the new 6foot4 go-go dancing (we weren’t kidding) keyboard welding all singing, all dancing, vibe machine.

In the past year or two Matty has become somewhat obsessed with music technology, from the latest music software to vintage keyboards (Sure Matty I’m sure vocoder will sound great in this band.. maybe (and it did!??!) )

In true Blackbreaks style he is equal parts genuinely frightening and also mostly very polite and gentle. And his versatile vocals play the same game. ‘

Take a guess what his artistic mood will be like today kids. hehehe errrgh hehehe… what? 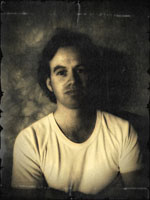 Milli has a long history of musical mahem since leaving behind his woodchopping dreams from the small NSW township he grew up in called Wauchope. Is he Wauchope’s biggest export ever? No he is not. This may make him mad. Perhaps its best not to discuss it.

Milli is actually an accomplished guitarist and songwriter, (Bedlam Beggars, Free Agent, and two or three other bands you may remember around Newtown in the last 5 or 10 years that i cant quite recall) but somehow Dubrow and Kerrence convinced him to play bass, like he used to in iNsuRge for quite some time.  Apparently Mark (as his mother knows him) is the good looking one. We will let you be the judge of that.

Sean Burnett was snuck in the back door when Kerry was not looking. He makes up the third former iNsuRge member to join Blackbreaks (it really is starting to sound like some kind of uprising) – Sean was the long time iNsuRge percussionist. He has a strong background in metal drumming which means he is quite capable of double kick and flitter-flatter-fla-flas.

The very talented Rick Austin played drums across 2014, and contributed to some of the recording sessions, soon to be released. Rick is a dab hand at song writing and production too, and we were grateful to steal him from time to time from all the other projects he was working on such as writing and producing for Brother Colluder who are now getting flogged on unearthed, playing drums for indy rockers  Hungry Mile and also popular country band Victoria Avenue – good work if you can get it. Best of luck for future stuff Rick! Good bloke, comes highly recommended.

Anthony played drums, and contributed greatly to early Blackbreaks –   he has returned to his primary vehicle, the celtic punk folk legends – The Rumjacks, a very wise choice if he wants any kind of future in this soul sapping industry. He also is pretty good at firing nail gun rounds in the middle of the night. He also plays fiddle. Which may be good.

Kieren played bass and was a major founding contributor to the soul and sound of Blackbreaks, including co-writing several songs soon to be released.  So much beautiful distortion. Kieren was previously an internationally known hardcore superstar across 274 bands based in New Zealand, Sydney and some forest in Germany.  e.g. Murder Disco X and Vae Victis.  He has most recently headed back into his hardcore comfort zone, playing and touring with the powerful Deathcage – check it out, Kieren is a top bloke.

Fran was the first drummer. He was awesome, then he told us to piss off. Or maybe we told him, cant recall now really. Fran remains a Newtown legend and has played in about 200 Sydney hardcore bands, including Vae Victis. Maybe he was a too hardcore for Blackbreaks, but regardless we are happy to provide a sparkling reference for any future endeavours he may choose to pursue. No really, he’s a tops bloke. ANd, he co-wrote Fannie and Freddie – you will really like that when we get around to releasing it..